Staying safe while doing certain crafts, like sewing, is imperative to making your design successful.

There are many things to remember, like needle placement and put your sewing machine in a safe and quiet spot. Did you know there are other dangers to look out for?

Using metallic scissors near electrical sources can lead to a lot of issues.

Here is what we’ve learned.

Scissors can conduct electricity depending on what kind of metal they are made from. Most scissors are made from steel which is a metal that conducts energy. However, they would have to be exposed to an electrical source like a wall outlet or a plug for energy to flow through them. 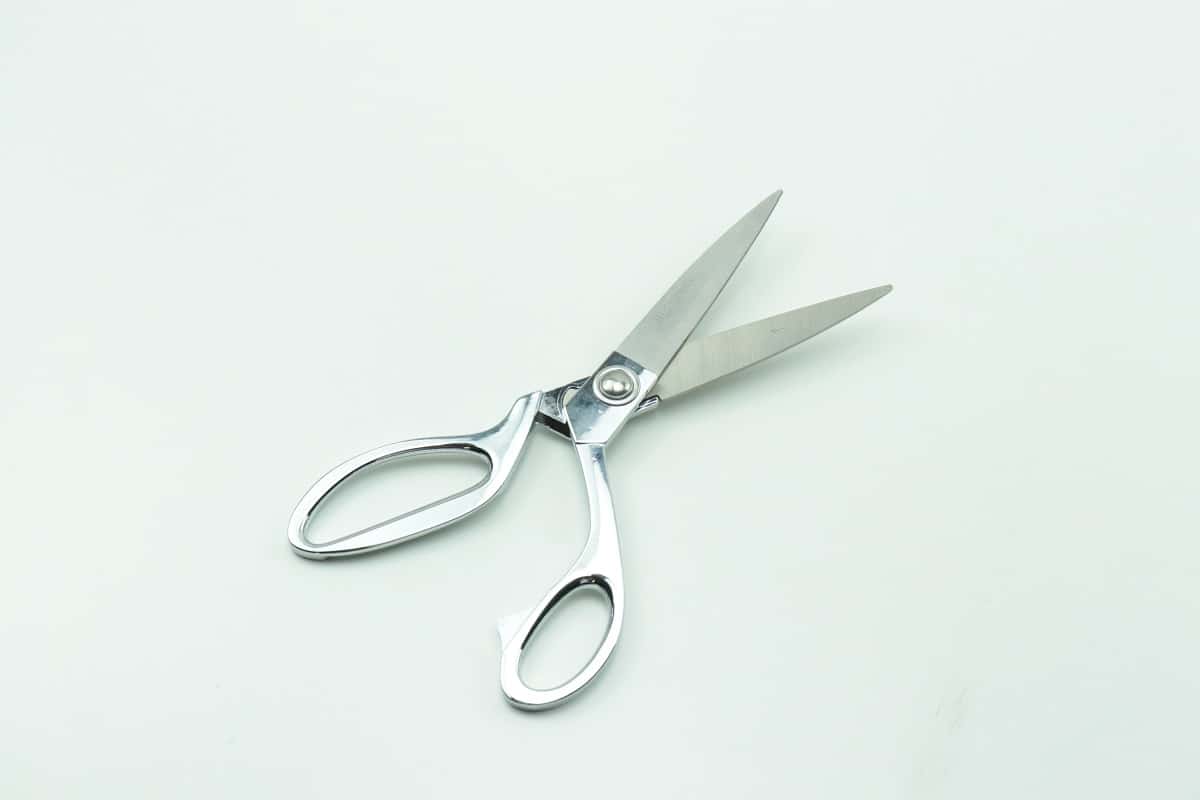 When it comes to scissors, only one material will conduct electricity: the metal part.

However, not all metals are considered strong conductors:

The first type of material we will be exploring is stainless steel.

Most high-quality scissors are made from some form of steel, whether it is a full steel pair or a steel coating.

Stainless steel is a metal that does a brilliant job of conducting electricity. This is because the metal bonding within the steel will conduct electricity and allow it to pass through freely by engaging the electricity through the metal’s ions.

Another scissor material that will conduct energy is coated with aluminum. While aluminum is not structured enough to make up a pair of scissors, you can often find ones with this type of coating.

These are often found in cheaper scissors.

While it isn’t the most expensive metal, aluminum is one of the faster conductors of electricity and shouldn’t be confused with electricity insulators.

This is because the energy cannot be contained and will move freely.

Scissors that will not conduct electricity are made from plastic. This is often found in safety scissors that are meant for children and don’t feature any metals that will move energy.

How Do I Know If My Scissor Conducts Electricity?

The most common metals you can find are titanium, stainless steel, and aluminum. If your scissors feature any metal, they will most likely be electrical conductors.

Knowing that your scissors are made of a conductive metal, you will know that they can conduct electricity.

While there are ways to test if your scissors can conduct electricity, we recommend not performing them yourself. That can be dangerous and lead to injury!

Instead, ask a professional or reference your scissor packaging to find the metal they are made from.

How Do Scissors Conduct Electricity?

Charges, like the ones that are found in metal, need to be able to repel each other to create friction. In metal, electrons move side to side in a very specific travel pattern that allows them to charge and discharge from the atoms around them.

This shifting of electrons and atoms is what makes metal an electricity conductor. Metal constantly makes space for these electrons to move freely from atom to atom, which creates this special friction.

Scissors are a great electricity conductor because they often feature a silver-type metal that is one of the best for creating the right thermal environment for electricity to thrive.

However, some steel, like stainless steel, does not conduct high temperatures, which can sometimes make it more unstable to conduct electricity.

Can Scissors that Conduct Electricity be Dangerous?

First, you want to remember that your scissors can allow electricity to travel through them, so you want to ensure that you are using them correctly.

Most notably, you never want to put your metallic scissors near an open electrical source. Open sources like wall outlets have electricity charges running through them.

Unless that specific outlet has been turned off at the circuit breaker or by using a wall switch, you should always consider that they are on and live.

Putting an object that conducts electricity near an open power source can hurt you by electrocuting you and creating sparks that, if strong enough, can lead to a fire.

However, it isn’t only wall outlets that you should be worried about. Using scissors near any electrical machine, like a sewing machine, also has to take some precautions.

How Can You Use Metal Scissors Safely?

First, you can use scissors that feature a grounded handle. While some scissors have handles made from plastic or foam to elevate your comfort, others are made with materials like rubber.

While scissors are a great conductor of electricity, they are not insulators. Most things that allow for electricity to flow are either conductors or insulators.

Insulators allow for the charge to have a way to be grounded as a way to limit the charge. You should also note that insulators cannot conduct electricity.

So, using scissors with a rubber grip handle will give your fingers and thumb some comfort and allow you to safely use your metal scissors without getting hurt.

Can Metal Scissors Static Shock You?

A static shock happens when a weather condition in the air combines with a certain level of friction. It may surprise you to know that, yes, your metal scissors can randomly give you a static shock, but how?

Our bodies are full of electrons and move freely, like electricity slowly moving through a conductor. This helps to make your body a natural conductor of energy.

A great deal of humidity in the air increases the number of electrons flowing through your body. Once the electrons hit a certain charge, a slight surge can come out of your fingertips, giving you a shock when you connect with something metal.

This is because metal is an electrical conductor, so when it meets those wild electrons in your body, it can give you a little jolt.

While scissors do a great job of conducting electricity, actually electrocuting yourself while using your scissors is a very rare event.

This is because we don’t have that urge to stick the scissors in an outlet or play in a lightning storm.

So, as long as you continue to exercise a little bit of caution, you will be perfectly fine.

What Happens If You Put Scissors In An Outlet?