All scissors need to be sharpened from time to time to ensure they are cut cleanly and easily.

There are quite a few ways to sharpen sewing scissors, depending on what is available.

Here Are Places to Sharpen Your Scissors:

You can try sharpening sewing scissors yourself with a honing stone or take them to a professional for sharpening. You can take them to Jo-Ann Fabrics, Hancock Fabric, Wal-Mart, and Ace Hardware (at participating locations). At most fabric stores, sharpening costs around $5-7 per pair of scissors. 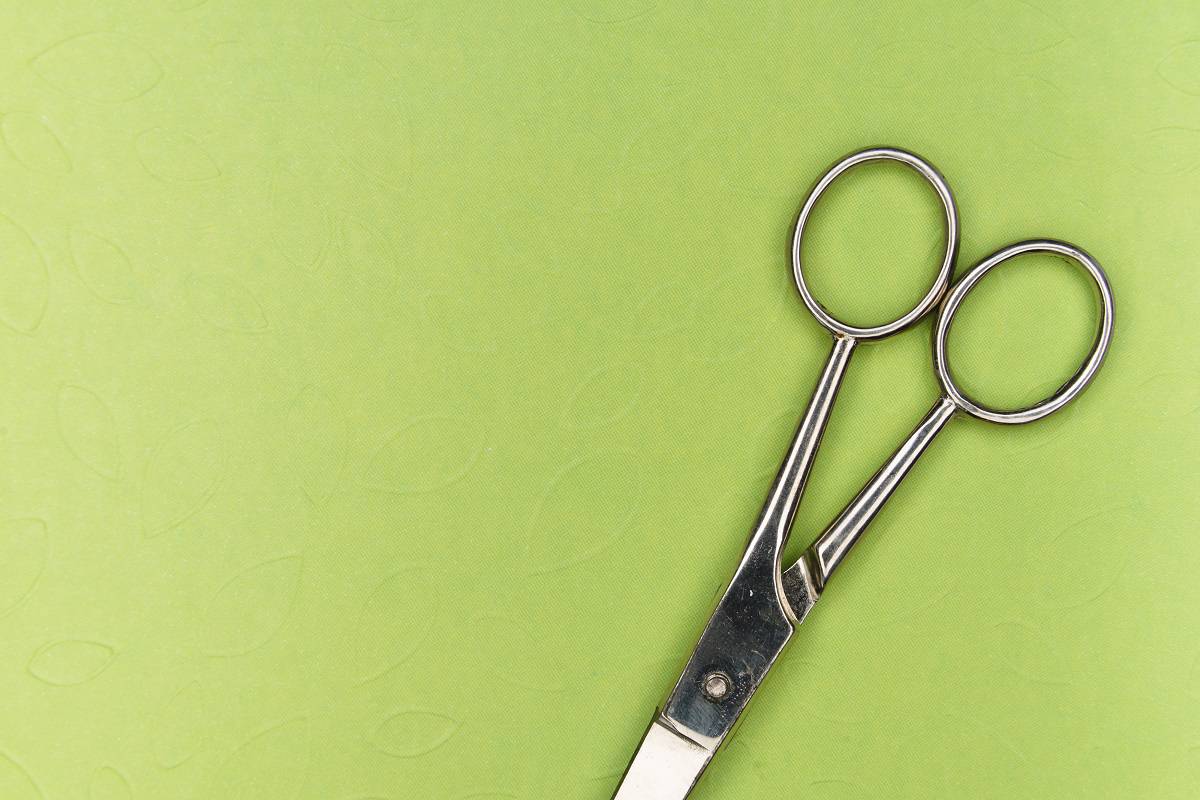 How Do you Sharpen Sewing Scissors?

You’ll want to determine if you’d rather get them sharpened for you at a store or if you want to try it at home.

Getting your sewing scissors professionally sharpened will most likely have the best results, and you won’t have to worry about learning and practicing on your scissors while learning.

Doing it yourself is a great skill to have as a sewer and is more convenient for your time.

You won’t have to go out and wait to have them fixed, which means the late-night sewing won’t be interrupted by dull scissors.

However, If you choose to do it at home, you might ruin a pair while practicing. There are pros and cons to both.

What Stores Will Sharpen Sewing Scissors?

If you’re looking for a fabric store that will sharpen your scissors, you’re in luck.

Many stores offer this service, and it’s a great way to keep your scissors sharp and in good condition without having to do much yourself!

Here are a few stores that offer this service:

Hancock Fabric offers free scissor sharpening with the purchase of any new pair of scissors.

They also have a wide variety of fabrics and other sewing supplies.

Jo-Ann Fabric also offers free scissor sharpening with the purchase of any new pair of scissors.

They also have frequent coupons that’ll lower the price even more.

Sharpening at Joann’s is a sustainable option and they do restoration as well.

Walmart doesn’t offer free scissor sharpening, but they do have a low price on this service.

Local sewing/hardware stores generally offer to sharpen, but check more than just those, as there are tons of shops just for sharpening.

Ace hardware sharpens almost everything you can think of and has regular coupons.

How Much Does Sharpening Cost?

This is a question that many people ask, and the answer depends on where you take them to be sharpened.

At most fabric stores, sharpening costs around $5-7 per pair of scissors.

Some places will charge more, but this is generally the going rate.

If you have a scissor sharpener in your home, the cost of sharpening them yourself is very minimal.

It, however, is different for old scissors that might need to be restored which can cost anywhere from $15 to $50.

This might be a great option for you if you have a pair of sewing scissors that mean a lot to you; maybe they were handed down or just special.

Can I Sharpen my Scissors Myself?

It’s tempting to sharpen scissors on your own when they get dull, but it can be dangerous.

If the blades aren’t sharpened evenly, they can become misaligned and cause a cutting hazard. If you follow instructions right and use care, it can be extremely easy, cheap, and sustainable.

The first and easiest option for at-home sharpening is getting a scissors sharpener online—these range from $5 to $25.

Depending on the quality and type, it can bring your tool back to how it was when you first used it. They all work differently, so refer to the guide on the sharpener itself.

Some will have you make a cutting motion on the sharpening tool, which emits a sharp sound, but it works effectively to remove metal burrs and sharpen them a bit.

This option is best suited for upkeep for newer scissors.

The great part of buying a sharpening tool is that they work on any size yes, even the tiny thread scissors!

The second option is the best, but maybe not the easiest. All you need is a sharpening stone and a little bit of practice.

Second, hold the sharpening stone against the blade at that angle and use gentle pressure as you run the blade along with the stone. Be sure to keep the blade perpendicular to the stone or end up with unevenly sharpened scissors.

If you don’t have a sharpening stone, you can also use fine-grit sandpaper to sharpen them.

Find a sturdy surface to place the scissors on to stabilize them.

Next, take a piece of sandpaper that is coarse enough to sharpen the blades of the scissors.

Be careful not to cut yourself, and be sure to move in the same direction as the blade is moving (away from your body if you are right-handed).

Cutting aluminum foil is considered a popular method of sharpening scissors, but some users say it will actually dull your scissors even more.

Still, if your scissors have burrs or uneven metal, or are even just dirty, aluminum foil could help dull those down, so when you cut fabric, it doesn’t end up rough or getting caught.

You may want to get out your aluminum foil for certain sewing scissors, but not all of them.

If you want to solve this problem with foil, fold the aluminum four to five times and cut. It doesn’t feel pleasant, but it’s very effective.

Well, the small particles in the foil do a very good job against the metal of the scissors, effectively cleaning, removing burrs, and in the end, possibly making your scissors more effective.

Can You Sharpen Scissors With Aluminium Foil?

How to Sharpen Your Fabric Scissors at Home